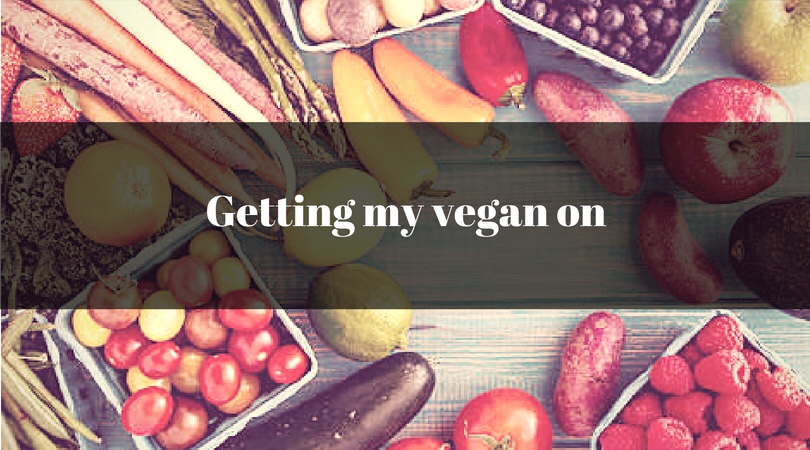 It’s now been a week since I commenced my latest roadtest – vegan! The challenge with a vegan diet, particularly for people who want to gain muscle, shred fat, and maintain energy levels, is usually:

So can it be done?

For this roadtest, I’ve enlisted the help of our affiliate dietician at Raw by Bek, Ellena Burnett. I knew I couldn’t do this one alone – particularly when it came to getting the right sources of protein and iron.

Here’s the challenge with a vegan diet – while there are plenty of protein sources, none of them have a complete set of proteins. So you need to know more in order to pair the right foods.

After a consult with Ellena, she’s put together a plan that takes into account not just the vegan roadtest, but also the amount of training I do (and the intensity of that training), the time I have to prep food (needs to be simple), and my goals (shred).

A typical day for me this week has looked like this:

Tofu, veggies, rice – although this varies depending on if I’ve trained in the evening, and how intense the training was.

Morning tea has typically been a slice of whole meal toast with avo, and in the afternoon a protein shake on almond milk. If I’m training that evening, I’ll also have something like a banana to fuel my workout.

What I’ve learned so far

This diet has also coincided with my getting braces and Invisalign fitted. Long story short, will need jaw surgery next year and this is the pre-work. But that’s a story for another day.

It means I also need to be wary of if the food is too tough to eat. But more than that, having to take out the Invisalign every time I want to eat is a right pain in the arse. So much so that my laziness has trumped my hunger at certain times, which has actually been a really good way to curb my snacking habits!

One week down, and I’m feeling pretty good, although a little lethargic. I’m not saying vegan is to blame for that, as I’ve also had a massive week at work. So let’s see how week two goes … stay tuned.