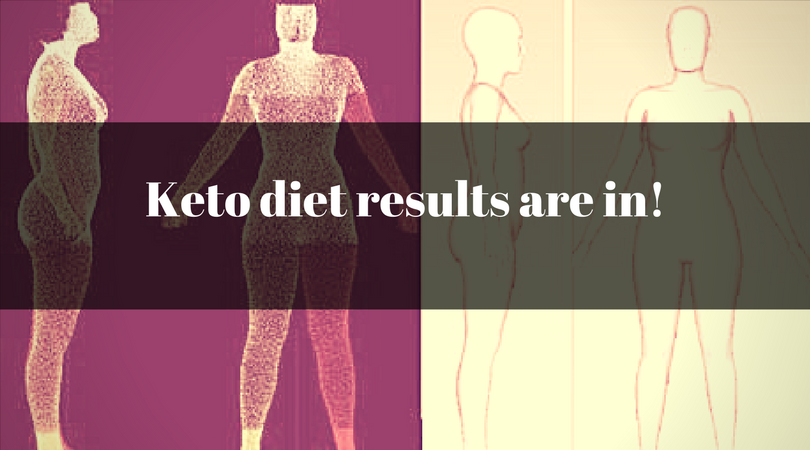 It’s been four weeks since I started my second diet roadtest. This time, I decided to try the Keto diet, because it’s become such a fad of late.

To recap, the concept behind Keto is that you cut out carbs from your diet and eat pretty much nothing but fats and proteins. In the process, your body is meant to respond by learning to process fat more effectively as an energy source, rather than carbs. You should go into ‘ketosis’, where your liver produces more ketones to break down the fat.

After four weeks of misery and feeling like I’m eating nothing but cheese and meat, this morning I went for a body scan to see what impact the diet has had on my body composition.

The results weren’t good, but they were what I expected

In short, I’ve actually become less healthy in the last four weeks by following this diet.

So that really sucks, but it’s pretty much what I suspected would happen. If you don’t have carbs, you will find it really difficult to build muscle.

Building and maintaining muscle is absolutely critical as we get older – from the age of about 30 onwards, we lose about 1% of muscle mass a year, unless you train to keep it. What that means is, that by the age of 60 (which is still young!) you could lose up to 30% of your muscle! You’ll be weaker, have less energy, and be less able to continue to live a long and active life.

So what’s the verdict?

Firstly, let’s look at the emotional and social side of this diet. A few things I discovered along the way:

Then let’s look at the physiological side:

If you haven’t figured it out by now, I would not recommend this diet.

Not only is it not sustainable (you can’t live like this for the rest of your life!), the health impacts just don’t add up to being worth the misery.

I’m going to give my body a break for a few weeks (which is necessary and important given my social life over the next few weeks involves weddings, trips away, etc etc!), and then start my new diet roadtest in line with our next 8-week challenge at Raw by Bek (from 3 June) … which is when I’ll also be launching my new book, ‘Not Another #Fitspo eBook: The truth about getting fit and healthy, and how to avoid the bullshit’! Super excited about that and will be able to share more info soon!

The next diet I’ll be trialling? I’m going vegan for four weeks! The challenge with vegan is always getting enough protein, particularly when you are trying to build muscle and shred fat. I’m actually really looking forward to tackling this one.

In the meantime, we’ll return to our regular programming.

Thanks for coming along for the ride for the second diet roadtest!