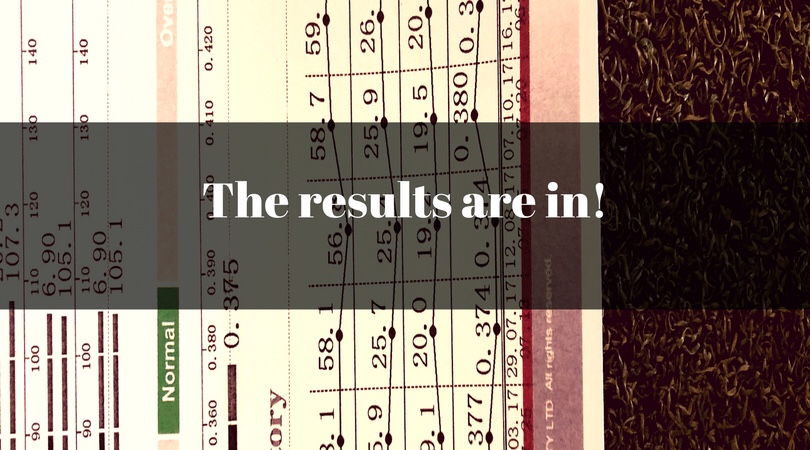 I made it through the eight weeks trialling the Jamie Eason meal plan! Admittedly I didn’t necessarily follow it to the letter, particularly in the last couple of weeks, but I followed the general rules of the game.

So did it work?

Firstly, let’s take a look at the results of my scan, and the before (top image) and after (bottom image) shots:

Over the eight weeks, I:

I certain feel a bit leaner, and if you were to base it on these results alone, I guess you could call it a success – if my goal was simply to lose body fat and weight.

However, considering I’m lifting PBs at the moment and have consistently undertaken more weight training, it’s always disappointing not to have really gained any muscle. It is difficult to gain muscle when you have a drop in body fat, so I get it. But considering the amount of bloody egg whites I consumed I’m still disappointed!

Would I recommend the diet?

I wouldn’t recommend this diet any more than any other diet that advocates higher proteins and lower fats and carbs in order to lose weight. The reason being, you can still achieve those results without resorting to such a restrictive and time-consuming meal plan.

Here’s what was good about this plan:

What wasn’t so good:

At the end of the day, Jamie Eason looks amazing for a woman her age – but her full-time job is to look that good. For those of us with other full-time jobs and responsibilities, it’s really hard to follow a meal plan that requires so much time, as well as a training plan that keeps you at the gym for up to two hours at a time. A good meal and training plan will take into account that we all lead busy lives. Meal plans like this advocated by fitness models set up unrealistic expectations, which ultimately result in disappointment if those expectations aren’t managed.

Our next eight-week challenge at Raw by Bek kicks off in two weeks’ time, and this time I’m going to trial an eating plan that seems to be the latest craze – the Keto Diet. I will only be trialling it for four weeks, as I also need to have a life this year! Also, I have some concerns about the high-fat nature of the diet. But only a trial will tell … stay tuned for Diet Roadtest #2 for 2018!