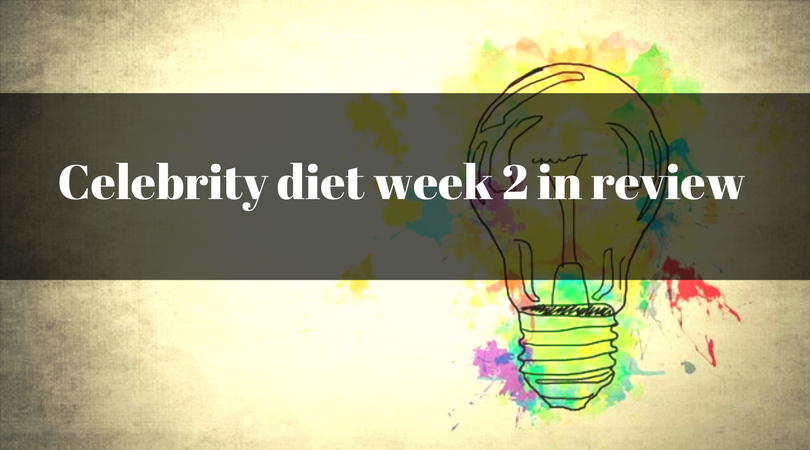 Week two of my diet road test has not been my best week, to be honest. A few things got in the way of eating my six million meals a day and being able to meal prep properly – a whole weekend at instructor training, Foo Fighters concert (woo!), and facilitating training sessions at work did have their impact on the routine.

Along with those interruptions, I was really, REALLY bored of the meals already. Here’s a quick snapshot of the meal plan on the app:

So basically, egg whites and vegies top and tail the day (with a ‘starch’ with the breakfast serve), then the other four meals are protein, starch, and vegetables/salads (with the exception of dinner – no starch).

I decided to find out what others had done to combat this problem and trawled through the Jamie Eason LiveFit Trainer group on Facebook. It’s similar to the group we run for our Raw by Bek members in that it’s for sharing info, success stories, and asking questions.

While exploring the group, I noticed that some of the members had posted PDFs of the meal plans (from prior to the program going behind a paywall) and they were quite different to the meal plan on the app, in that they actually had some variety.

So thusly I asked:

“I’ve noticed the meal plan on the app differs to the PDFs I’ve seen some people post … ie, zero variety. Any ideas?”

It turns out I was not alone! Quite a few people had been wondering the same thing. The problem was there wasn’t a concrete answer. I can only assume that when creating the content for the app, they felt this particular representation of the meal plan was simpler and easier than the original PDFs. Here’s an example:

It was time to experiment.

Now if you’ve been following me on Insta, you’d know that I experimented with the turkey muffins mentioned above.

To cope with this, I basically deconstructed the muffin to work out how much protein/carbs/fats was in each serve and then created a mini meal to have instead – essentially, chicken, vegies, and quinoa.

But that’s a LOT of protein + vegies to have in one day. Not only that, it’s a lot of containers to take to work and they wouldn’t fit in my lunchbox. These are the real problems.

So I was excited to see on the PDFs that there are other options! I could have a home-made protein bar or another ‘small meal’ option instead.

To that end, today I cooked up one of her protein bar recipes – she has quite a few on the app, in a range of flavours, including pumpkin spice, lemon, and chocolate. I made the apple and cinnamon variety and it’s surprisingly delicious.

I have been making a frittata with egg whites (surprise), sweet potato and vegies. It’s been really convenient, but by the end of week 2, I’m a little bored.

So today I’ve made some breakfast muffins instead – using eggwhites, mashed sweet potato, celery, capsicum, kale, and broccoli, seasoned with cumin, herbs, and salt and pepper. I haven’t had a chance to try them yet as they’ve just come out of the oven, but they look okay…

This week I’m going to experiment with using different types of starches to make life more interesting. I did throw in some chickpeas with my salad instead of sweet potato for some meals last week, which was a nice change. This week… TBC!

So, is the diet working?

At this stage, it’s hard to tell what’s the result of this meal plan vs what’s the result of actually just eating well again after the excess of the holiday period! I think it may have helped to speed up my metabolism a little, but again that could be down to getting back into a training routine. The real proof in the proverbial pudding will have to wait a few more weeks, I think.

This week coming I’m going to have to travel for work for a couple of days, which means I’ll need to come up with some ways to keep on track with the meals as well as sneak in some workouts. Follow me on Insta @mel.loy to see what I come up with … if anything!